The Value Them Both (it doesn’t) Amendment 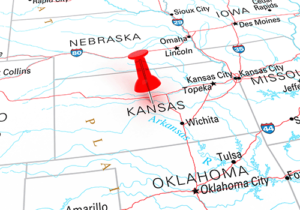 Did you know Kansas has been a safe place for Kansans and regional girls, women, and pregnant persons to receive the reproductive health care they need? And now that safe place is under threat. This is why I’m asking every Kansan to VOTE NO on the Value Them Both amendment in Kansas’s August 2nd primary!

I know a good deal of smart and wonderful girls, women, and persons who have or once had a uterus and many of them live in Kansas. Because I love and care about these people, I want them to achieve their highest good. That means I care if their bodies, bodily autonomy, and rights are disrespected, threatened, or eliminated. And when it comes to family planning, including birth control, and health care associated to pregnancy, including abortion, the once-or-current Uterus Owners I know in Kansas are more than capable of managing their bodies, minds, and spirits without interference from anyone.

VOTING NO on the Value Them Both (it doesn’t) amendment is the only way to uphold pro-rights positions that are under attack. This is not hyperbole. The Supreme Court of the United States (SCOTUS) just struck down Roe V Wade, ending 49+ years of legal abortion, and many states had trigger laws that, once the SCOTUS decision was handed down, put outright banning and zero-bodily-rights on the table. We’ve crossed into dangerous territory, where bans mean miscarriages can be criminalized and zero-bodily-rights mean pregnant persons (including children) can be forced to stay pregnant. It feels absurd to write it. But it’s both absurd and scary. As part of a bigger movement away from progress and democracy, the anti-bodily rights group already has power.

The good news is pro-rights voters in Kansas could be the tipping point to keep Kansas a pro-rights state. And this is an all hands on deck moment. There is no second chance. We must get all our KS pals to vote. And we must, wherever we are, be proud to stand up for bodily rights. Uterus Owners (and allies) Unite!

Her itty-bitty art & writing workshop, storm row studio, is where she creates handmade, one-of-a-kind, arty goods and highly illustrated novels. She freelances as a copywriter and researcher and offers creativity coaching for makers looking for personalized creativity at a sustainable pace. Rhonda is also a GOTV craftivist, Etsy seller, and Patreon host. You can find her at:

How you can join the fight for abortion rights

The Value Them Both (it doesn’t) Amendment